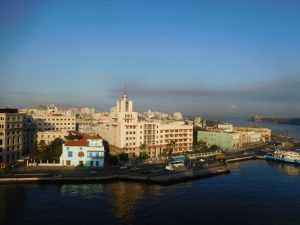 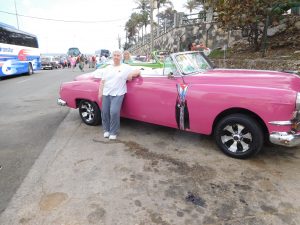 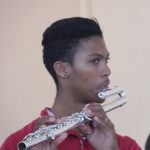 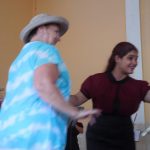 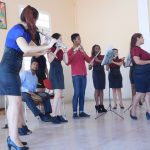 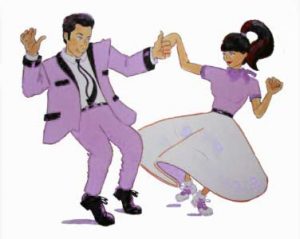 Now is the time to get those poodle skirts out of moth balls, get those duck tails into shape and get ready to rock to the great tunes we grew up with on a Malt Shop Memories Cruise.

Holland America’s Eurodam is the place to be from 03-10 November 2013 if you want to dance to the likes of Neil Sedaka, The Four Tops, Lesley Gore, Gary U.S. Bonds, and many more.  Not only will you see these legends on stage, but during the cruise there will be numerous opportunities to interact with your idols up close and personal.

You will also see the ports of Half Moon Cay, St. Maarten, Tortola and Nassau.

All this and Holland America’s legendary service, food and accommodations adds up to a once in a lifetime experience.

This is always a popular cruise and this year is no exception.  You know you want to go, so what are you waiting for.  Cabins are going really fast, so don’t delay in calling to reserve your space.

Balconies on Cruise Ships – Do you really need one?

In a recent article for USA Today Charisse Jones examines factors that go into whether or not you might want to get a balcony cabin for your next cruise.

Cruise ships are floating resorts, where passengers can get a massage, gamble through the night or check out a Vegas-style show without ever setting foot on land.

So with so much to do, do you really need a room with a balcony?

“I think it’s usually worth it,” says Mike Driscoll, editor of industry newsletter Cruise Week. “But that depends on the cruise itself, and why you’re going.”

Of course, seafarers have to figure out if a balcony is in the budget. But Driscoll says price may not be the deterrent it once was.

A few years ago, he says, “you’d be paying double to get a balcony.” Now, cabins with balconies on a standard, seven-day cruise generally cost $100 more than those with a window, and between $150 and $200 more than a stateroom inside the ship.

If you’re sailing in the Mediterranean or to another scenic destination, the view is definitely worth the money, Driscoll says.

“If you’re doing an Alaska cruise, it’s so nice out on the balcony, watching the glaciers,” he says. “You see all the people on their balconies watching the beauty go by.”

There are those vacationers who have little use for a private deck because they’re only in the cabin when it’s lights out. And a balcony may not matter much to them.

“They’ll be out in the casino and running about most of the time,” Driscoll says. “For them, it really isn’t as important.”

Marshall Jackson, a blogger for BoardingArea who lives in Atlanta, opts for a balcony depending on the length of the trip.

If it’s at least seven nights, he says, there’s more time to relax in your own outdoor space, particularly on days the ship is not in port.

But if the cruise lasts only three or four days, Jackson says, he rarely bothers to get one.

“(It) just seems like you spend so little time in your stateroom on shorter itineraries that a balcony is a waste of money,” he says.

Ellen Davis doesn’t go much for big cruise ships, preferring river cruises where balconies are the norm. And she’s not sure a balcony on a large cruise ship is worth the extra cash just to gaze out at an endless blue sea.

“Not that it’s lacking in its own beauty,” she says of the sea. “But it falls a little flat compared to watching castles float by on the Danube, or seeing children washing down their water buffalo on the Nile.”

Davis, who works in marketing and lives in Peachtree City, Ga., says, “I’d rather enjoy the ocean from the shore, watching the waves crashing, than pay extra on a big boat.”

Others disagree and say that having more than a window to the sea has benefits beyond aesthetics.

Brian Matos, director of sales for a supply chain services company based in Frisco, Texas, is one, saying he enjoys having his own piece of the outdoors, away from the crowds.

“It really limits the claustrophobia that sometimes comes with small cabins on a cruise ship,” Matos says. “(It’s) great to be able to sit outside late at night with a glass of wine, looking at the sea and stars.”

“It’s usually said that the stateroom on a cruise matters little as one is never there,” he says. But he found out differently when he and his wife, Judy, decided to book a cabin with a balcony on a cruise to the western Caribbean, including Grand Cayman Island and Belize City.

“We spent more time in the stateroom than we ever expected,” Rodgers says.

While his wife slept in, Rodgers says, he would order from room service, then sit on the balcony “reading my book, drinking a cup of coffee and watching the sun rise.

“After we returned to the stateroom in the evening, my wife and I spent time together on the balcony. It was, in her words, a beautifully romantic moment each time we were there.”

Now they’re hooked, he says. “We will never cruise without a balcony again.”